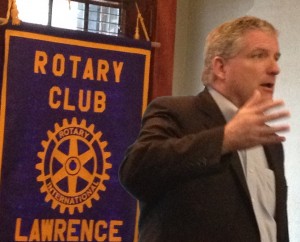 At Lawrence Central’s October 30th meeting at the Eldridge we were updated by Lawrence City Manager David Corliss on what the 2014 budget has in store for us in Lawrence.  You can see a copy of the Lawrence 2014 Budget HERE but here’s a quick bullet list of the headlines.

Here’s a link to David’s presentation, also available on the city’s site at www.lawrenceks.org/prezi/public_presentation