The Underground Railroad in Lawrence 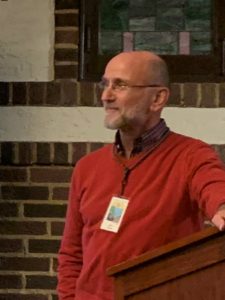 The Lane Trail, named for abolitionist James H. Lane, was established in 1856 to bypass proslavery strongholds in Missouri and provide free-state settlers a safe route into Kansas with terminus in Topeka.  The trail is approximated today by US Highway 75.  Settlers left Iowa City to go west into Nebraska and south into Kansas, but John Brown and others used the trail in reverse to transport slaves north to freedom.

Frequently, runaway slaves would hide in and around Lawrence as they waited to join a group traveling north to safety.  Gover Barn in Lawrence was a key staging area during the 1850s.  In December 1858, the barn housed slaves recruited in Missouri by John Brown as they awaited their chance to escape.

Narratives written by Lawrence and Douglas County residents tell of the perils of hiding slaves during this era.  Many describe the relationships they built with the runaways and their concern for them after they left their protective barns and cellars.