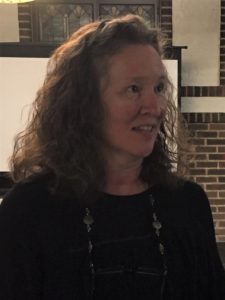 Xan Wedel spoke to Rotarians about the upcoming United States Census.  The Constitution mandates that there be a count of all who reside in the United States every ten years.

The count will take place on April 1, 2020.  Beginning in March 2020, households will receive a postcard with instructions. Each household will be asked to complete ten simple questions.

Power, money, and infrastructure in Ameria are all impacted by the results of the Census.  The count determines how many people each state may send to Congress to represent the state in the House of Representatives.  Many federal and state dollars are allocated according to census data, so under-counting can be costly.  And because localities use data as they plan infrastructure improvements, an accurate census can determine the placement of a new grocery store or the priorities for which roads and bridges to repair.

Traditionally, people respond to the census using a paper form, by contacting a call center, or by responding to a Census enumerator in person.  For the upcoming census, they may also respond online.  The Census will NOT call or email people.

Of the 248 census offices that will open in the United States, two will be in Kansas–one in Kansas City Kansas and one in Wichita.

Xan is Senior Research Data Engineer at the Institute for Policy & Social Research (IPSR) at the University of Kansas where she “plays with data every day.”  IPSR is a faculty-driven research center supporting social scientists who focus on social problems and policy-relevant questions.

Xan has been with the Institute since 1999.  Among other responsibilites, she leads the Kansas State Data Center (SDC). The SDC Program is one of the U.S. Census Bureau’s longest and most successful partnerships.

Basketball at the Berlin Olympics