Maximizing Independence for People with Disabilities 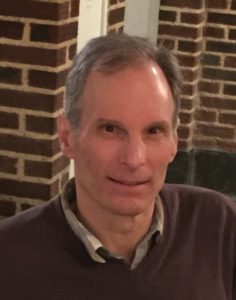 Independence, Inc. in Lawrence serves both people with disabilities and the communities where they live. Organized in 1978, the agency was the first Center for Independent Living (CIL) in the area, according to Bob Mikesic, co-director for the agency. Currently, it is one of about 400 CILs across the nation. Douglas, Franklin, and Jefferson counties benefit from its programs and services.

Cooking is one of the most popular classes that the agency offers among its training programs. In addition to teaching such independent living skills, classes create friendships and good times among peers who use the agency. In addition, Independence, Inc. provides advocacy, peer counseling, information and referral, and transition services of various types. It can also help to locate assistive technology, telecommunications access, and medical equipment for the disabled. Disabled people can find a ride to a medical appointment, learn to manage their finances, and get a document transcribed into Braille at Independence, Inc. The youth employment program provides jobs for young people with disabilities aged 15 to 21. The Haskell Avenue location houses a computer learning center and accessible meeting rooms as well as agency offices.

By promoting self-reliance and advocating personal rights and choices, Centers for Independence work to make individuals productive and to stay interconnected with their communities. There were no laws requiring accessibility or reasonable accommodation when CIL initiatives began in the 1960s, and employment options for the disabled were limited. After years of advocacy, CILs saw Congress pass the Americans with Disabilities Act in 1990, a law that provided rules and regulations to open the door for disabled people to manage a job and their own lives. More recently, one-third of the people who benefited from the Affordable Care Act’s expansion of Medicaid were the disabled. 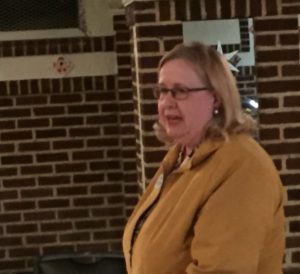 The Senior Resource Center of Douglas County (SRC) has recently redefined its mission and rebranded itself as an information clearinghouse. The organization is now focused on helping people navigate the complexity of resources in the Lawrence area that are available to seniors, according to Marvel Williamson, director of the agency.

Nowadays it is commonly understood that there are three stages of aging:       (1) active seniors who need limited assistance to participate in a community;     (2) seniors who are facing a life event that limits them in some way and who need a particular set of support services in order to remain self-sufficient and connected to the community; and (3) individuals who are heavily dependent on support services for their daily routines.

When it was established in the 1970s, Douglas County Senior Services (DCSS) was a centerpiece of activity for all seniors in downtown Lawrence, a role it continued to play through the 1990s. During a recent strategic planning process, however, DSSC staff realized that the agency was serving a small population of the most vulnerable and that they interacted with active seniors only infrequently. The need was clear: re-invent DSSC in order to meet the needs of all three constituencies.

Senior Resource Center is doing just that. 2017 is a year of “building capacity” for its new mission. The agency has adopted its new name, designed a logo, and developed a website at www.yourSRC.org that identifies it as a resource and referral point. At the same time, it has taken care to maintain support services to seniors: meal delivery, rides for those who need them, a calendar of social and educational activities, and technical and legal assistance, among many others. The agency has catalogued the multiple non-profit and business resources in the community, including identifying seniors who can help each other in various ways. Professionals in the field can also use the Center as a place to network in periodic “summits,” Williamson envisions.

Funding for Senior Resource Center comes from Douglas County. The balance of the $1 million annual budget is met through grants and gifts. The City of Lawrence provides space for the agency and its programs. Because the longtime physical office and gathering spaces in downtown Lawrence are currently under renovation, the agency staff is working at Peasley Technical Center for the year. Currently, there are nine full time employees and 20 who work part time.

“Question everything!” says Dr. Roger Dreiling, head of Cardiology Services at Lawrence Memorial Hospital. It was advice that he received from a mentor early in his medical career. Questioning led Dreiling to solve emergency situations in innovative ways and to avoid recommending procedures that had not been through rigorous medical trials. He believes that doctors who ask questions are more likely to use the correct medical tool or procedure and to refer patients to the most appropriate area of expertise to address their health problems.

Dr. Dreiling described the evolution of treatments used to help patients suffering from heart disease. It was a questioning approach that led to innovations. Years ago, for example, doctors knew that the drugs prescribed to help with some of the symptoms of heart disease caused dangerous side effects. Some physicians experimented with treatment using angioplasty, even though that course of action was not approved by the profession at the time. By 1993, the use of angioplasty emerged as the safest and best alternative for many patients. Dreiling prefers to use this procedure at LMH to avoid the side effects of drugs and the dangers of surgical options whenever possible.

From thirty to fifty people present with symptoms of a heart attack (acute myocardial infraction) at the Cardiac Cath Lab at Lawrence Memorial Hospital each year. Dreiling and his team of doctors, surgeons, and technicians respond to those situations 24/7, frequently using angioplasty. The department has  very low mortality rate—only 5%. They have saved hundreds of lives during the past nine years.

Trained in pharmacology before he pursued a medical degree at University of Kansas School of Medical, Dr. Dreiling is board certified in Internal Medicine, Cardiology, Cardiovascular Disease, and Interventional Cardiology.

Lawrence receives Bronze Rank from the American League of Bicyclists

The City of Lawrence received great news and Lawrence Central is proud to have helped the city to be able to achieve this designation! 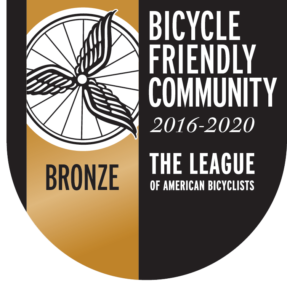 The City of Lawrence has been honored again as a Bronze Rank Bicycle Friendly Community (BFC). The City first received this designation in 2004 from the American League of Bicyclists. There are now 404 communities recognized in the U.S. as Bicycle Friendly Communities; this is Lawrence’s fifth successful application. The Bronze level BFC award recognizes Lawrence’s commitment to improving conditions for bicycling through investment in bicycling promotion, education programs, infrastructure and pro-bicycling policies.

Lawrence-Douglas County Bicycle Advisory Committee members prepared the application utilizing information, such as data collected from bike/pedestrian counts, safety material, outreach efforts, and lane mileage. This year’s application featured Lawrence’s completion of a number of projects that will form the “Lawrence Loop”, a 22-mile paved off-street path around the city, the bicycle education provided by Lawrence’s League Certified Cycling instructors, the on-bicycle safety education at local elementary schools, and the recent commitment in the city budget for bicycling and pedestrian infrastructure improvements.  The Lawrence Central Rotary Club’s Community Bike Ride, Safe Kids Douglas County Bicycle Rodeo and Helmet giveaways, the Tour of Lawrence, the Lawrence Mountain Bicycle Club’s partnership with Parks & Recreation for the development and maintenance of the Lawrence River Trails trail, the National Bicycle Challenge, and 100 percentage of buses equipped with bike racks were also highlighted as part of the application process.

By the numbers, Lawrence now has 16 miles of bike lanes, 9 miles of shared-lane markings (sharrows), 39 miles of signed bike routes, and 45 miles of paved shared use paths.

The weather was beautiful and around 100 riders and volunteers came out September 17th for the Lawrence Fall Community Bike Ride organized by Lawrence Central Rotary.  “We had everyone from novices and kids on training wheels to local professional riders come out,” said Central Rotary Club President Jim Peters, “our club rallies around these events and it’s great to be able to provide a safe and encouraging event for bike riding.”

Event chair Steve Lane coordinated volunteers and organized the sponsors from all over Lawrence. “Steve’s organization and prep for this function like a Swiss watch,” said club member Tobin Neis, “we wouldn’t be able to do it without him.”

Exciting for both local Rotarians as well as attendees to see was an assembled ShelterBox which Lawrence Central Rotarians have heavily supported over the years.  A ShelterBox is a simple and effective solution to deliver the essentials people need to survive and begin to rebuild their lives in the aftermath of a disaster.

ShelterBoxes are tailored for the particular disaster being responded to, but typically includes a disaster relief tent for a family, thermal blankets and groundsheets, water storage and purification equipment, solar lamps, cooking utensils, a basic tool kit, mosquito nets and children’s activity pack.

Thanks to all our sponsors and volunteers who made this happen!